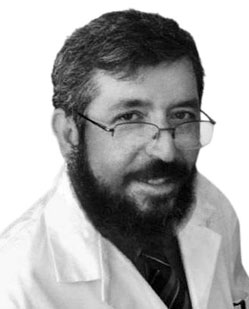 The antiaging properties of astragalus.

Astragalus fights the effects of aging, strengthens the body’s natural defenses, and has anti-oxidant properties (under current European regulations regarding health claims ID 3261, ID 3275/3968, and ID 3256).

Astragalus root, used as a tonic since time immemorial, is one of the most commonly used herbs in traditional Chinese medicine. The chemical composition and pharmacological properties of this plant were widely reported recently. Polysaccharides, triterpenes, and flavonoids are considered to be the effective ingredients. Pharmacological experiments and clinical studies show that astragalus root has a beneficial impact on the immune system as well as anti-aging effects (1).

Cognitive aging : With the increasing prevalence of neurodegenerative problems in aging populations, we need to develop new approaches. One study has indicated that the effective components in astragalus can have a beneficial effect by reducing excess iron in the brain, thus providing a new avenue for drug development (2).

An effect of the Astragalus polysaccharides (APS) root has been observed in the aging phenomena of the learning and memory functions of aged rats. In order to explore its mechanism for improving age-related losses, a comparison between a group of aged rats with the APS group showed that this significant improvement was associated with increased expression of relevant proteins in the neuronal plasticity (3,4). Recently APS, also called Astragalan, has been described to modulate aging and proteotoxic stress pathways. On a specific model, Astragalan not only reduces the aggregation of Polyglutamine but also relieves the associated neurotoxicity. The authors of this research suggest that astragalan may extend the life span in this model, indicating advantages over anti-aging while removing the toxic effect (5).

The protective effects and mechanisms associated with astragaloside and astragalus saponin on memory deterioration in senescent rats treated with glucocorticoids may delay aging, with a mechanism associated with decreased [Ca2 +] i and the removal of hippocampus thymocyte and neuron apoptosis (6). Their effects are related to the regulation of immunity and their antioxidant properties (7). AST has an anti-aging effect on senescent mice and delays the senility of middle-aged mice, related to improved brain function and immunomodulatory effects (8).

Calycosin and its calycosin form, glucoside, are two representative isoflavones in the Astragalus root. The present study aims to evaluate the neuroprotective effects of CG on the blood-brain barrier (BBB), the integrity of brain tissue, and explore relevant signaling mechanisms. Treatment with CG significantly reduces the volume of cerebral and cardiac necrosis associated with oxidative events, histological damage, and BBB permeability in the in vivo model of ischemia-reperfusion in the rat. In addition, CG has been shown to attenuate cell death in endothelial cells in vitro (10).

The Astragalus root aims to improve memory during aging; this effect is due to its antioxidant properties: increase the activity of SOD in the brain and the liver, decrease the MDA content in the liver (free radical attack markers) of aged mice, reduce the MDA content in renal ischemia-reperfusion, and lower the level of creatinine in the rats’ blood. Similar to the natural Astragalus root, it can be used in the prevention of senility, as an antioxidant and immune modulator (11).

When mice inhale, the ozone induces strong free radical propagation reactions in the body related to a series of changes similar to senility. In this way, models of senile mice have been established to observe changes in intestinal flora among them. Senile mice thet orally take Astragalus root show and improvement in the imbalance of their intestinal flora (13)

Skin aging: Microbial fermentation is a classic method for processing Chinese herbs. The effect of nonfermented (HQNB) and fermented (HQB) preparations of astragalus root on the production of hyaluronic acid (HA) in primary human skin cells is being studied.

The three major active isoflavones of Astragalus Root have been identified as ononin, calycosin, and formononetin. After fermentation, all of these three compounds in HQB were significantly reduced; however, HA production remains higher than with HQNB. It appeared that isoflavonoid aglycones or other metabolites, converted from their primary isoflavones during fermentation, could be responsible for the functions found in this study and would suggest that HQB may play a promising anti-aging role with cosmetic applications (14). Ultraviolet (UV) exposure reduces levels of type I collagen in the dermis and causes damage and premature aging (photoaging) to human skin. This causes a wrinkled appearance, by inhibition of the transforming growth factor (TGF β). UV irradiation increases the degradation of type I collagen by increasing the expression of matrix metalloproteinase (MMP). Astragalosides (I to VII) are the main active components of Astragalus extracts. AST prevents the reduction of collagen, caused by UV irradiation in the skin and photoaging, by enhancing TGF β. This means that AST may be a potential agent against photoaging (15). Astragalus is a good candidate for protecting the skin from UVB-induced inflammation and photoaging (16). The collagen content in the aorta and lung of older rats is higher than in those of young rats, whereas the content in old rats that took the astragalus root appears to be lower than that of the control group, close to that of young rats (17).

Link with telomerase: It has recently been shown that astragaloside (AST), a small astragalus-derived molecule that activates telomerase, improves the proliferative response of CD8+ T lymphocytes in immunodeficient patients by stimulating telomerase activity (18). Astragalus root, used as a tonic in traditional Korean medicine, has been prescribed as a long-term treatment of chronic illness that stimulates the immune system.

Telomeres are structures at the tips of chromosomes that shorten during cell division, eventually signaling an irreversible growth stoppage known as cellular senescence. To slow down this cellular aging, human T cells, which play an essential role in immune control, activate the telomerase enzyme, which binds to and extends the telomeres. Many different extracts of astragalus root have been documented as activating telomerase in human T cells. One study looked at the effect of two extracts two extracts of Astragalus membranaceus (TA-65 and HTA) on telomerase and the proliferation of human CD4 and CD8 T cells. TA-65 was shown to significantly increase telomerase activity (1.3 to 3.3 times compared to the controls) in T lymphocyte cultures from six donors, whereas HTA only increased it in two out of the six donors. This induction of telomerase activity is probably mediated by the MAPK pathway. During the three-day culture period, only T lymphocytes treated with the TA-65 extract showed a statistically significant increase in proliferative activity (19). This extract is able to increase the average length of telomeres by reducing the percentage of critically short telomeres and DNA lesions in embryonic fibroblasts in haplodeficient mice.  Importantly, it did not induce telomere extension or DNA lesions in a similar treatment in telomerase deficient G3 Terc (- / -) mice. These results indicate that the mechanism of action is telomerase dependent. Food supplements with this astragalus extract fed to female mice led to an improvement in certain health indicators such as glucose tolerance, osteoporosis, and the physical condition of the skin (20).

The lack of telomerase in somatic mammal cells has a significant impact on aging. Each time a cell divides, its entire genome must be duplicated. In our body, newly divided cells must constantly reconstitute the lungs, skin, liver, and other organs. However, most human cells are not able to divide indefinitely. At each division, the telomeres at the end of the chromosomes decrease in length, until eventually they become too short. The cells are no longer able to divide, and the organs and tissues begin to deteriorate. The solution lies in the telomerase enzyme, which rebuilds telomeres and allows the cells to divide until it runs out. The number of cell divisions is limited and so determines lifespan. Short telomeres are known to cause physiological dysfunction and play a role in human illness. The ectopic expression of the catalytic telomerase subunit, telomerase reverse transcriptase (TERT), has been shown to increase lifespan by nearly 40% in mice with resistant cancer. Transitory induction of TERT by an astralagus-derived compound prolongs health without an apparent increase in cancer incidence. Available data suggests that increased lifespan may require two lengthened telomeres and a constant supply of telomerase in order to stimulate the Wnt/β-catenin signaling pathway (21). A Danish study of unprecedented size (22) published this year followed 65,000 people for a median duration of seven years. It showed that telomere length is a longevity factor, regardless of age, smoking habits, blood cholesterol levels, BMI (body mass index), and alcohol consumption. This adds enormously to our knowledge about telomere length and its predictive power. To give some perspective, a study by Cawthon (23) detected a relationship between telomere length and mortality using less than 200 research subjects.

An aglycone of astragaloside was identified in the selection of active ingredients of Astragalus extracts with anti-aging properties. The present study demonstrates that this aglycone stimulates telomerase activity and cell proliferation in neonatal human keratinocytes. In conclusion, it stimulates the activity of telomerase in neonatal human keratinocytes and rat neuronal cells, and induces activation of CREB (binding cAMP response element) (26).

Only formula guaranteed by pharmaceutical tests

About
Conditions of sale

You have successfully registered !