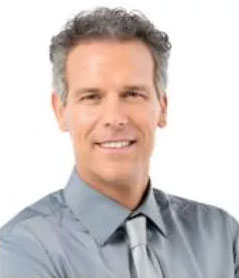 The loss of genetic information due to the gradual deterioration of DNA over time has been clearly linked to the aging process. In particular, a decrease in the ability of telomeres to protect DNA leads to aging and cell death in animal models.  So maintaining telomere integrity appears to be a priority goal in the struggle against aging.

This study on mice published in the renowned journal Nature confirms not only that the alteration of telomeres is linked to aging, but also that restoring telomeres stops and reverses cell and tissue aging mechanisms.

This study is crucial because it was the first to show that it is possible to reverse the genetic aging process. The technique used in the study consists of incorporating genetic material which, in practical terms, is still impossible. However, the study shows that the development of active substances that have a protective effect on telomeres, particularly by acting on telomerase, is a promising avenue in the fight against aging.

Telomerase is an enzyme in our cells that rebuilds telomeres during cellular division. When not enough telomerase is present, a shortening of the telomeres can be observed and signs of aging appear. In this study, a specific gene was introduced into mice embryos, replacing the normal telomerase-coding gene. The artificial gene contained the information required to make telomerase, but it was inactive. It could only be activated to produce telomerase in the presence of an appropriate substance. This genetic manipulation produced telomerase-deficient mice that could recover this function.

The telomerase-deficient mice presented all the signs of premature aging:

These results confirm the effects of the loss of telomerase activity on the aging process.

​In the second phase of the study, a group of deficient mice received the treatment for four weeks. As expected, these mice recovered their telomerase activity and saw a lengthening of their telomeres. More surprising, however, were the effects on their organs and tissues whose appearance after four weeks was identical to that of the control mice: volumes and architecture returned to normal in the spleen, liver, testicles (with restored fertility),  intestines, and brain. Likewise, survival was significantly improved by the four-week treatment. Brain tissue analysis showed a partial recovery of the capacity to renew neurons and other brain cells. The researchers used the mice’s reaction to odors to assess part of their brain function. There again, the capacity to distinguish between odors – altered in the deficient mice – was restored in the treated mice.

This study demonstrates in an animal model that aging processes can be reversed and that the restoration of declining telomerase activity seems crucial. These results cannot, however, be applied without reservation to human aging: in particular because “sick” animals were used for this experiment and not normally aging animals. Nevertheless, this study is extremely encouraging in that it shows for the first time that it is possible to reverse aging processes and justifies the interest shown in developing human therapies aimed at stimulating or restoring telomerase activity.

DNA and scientific backing from Europe

Telomeres shorten with age, inflammation, and stress. Studies have shown that short telomeres are associated with a greater risk of age-related diseases. The efficacy of certain active ingredients in DNA Telomeractives is backed up by health claims that are proven or under consideration by the European Food Safety Authority (EFSA). These include astragalus, which has an antiaging effect (starting with as few as two tablets), and zinc, which assists normal DNA synthesis.

Learn more about the health claims on DNA protection studied by the EFSA group of scientific experts by clicking the following link: